Martyn Jones is a contemporary painter who works from his studio based in Cardiff, Wales, U.K. Jones graduated M.A. Fine Art, at Chelsea School of Art, London and was awarded Junior Fellowship at Bath Academy of Art. Among his tutors were the British artists Patrick Heron and Adrian Heath.

‍Artist statement:
‍My works are abstract, but the inspiration and basis for them are found in reality and the world around me; my experiences of the world are the prime material for abstraction. I want to welcome people into my world, through a personal alphabet of shapes and colour. My responses are really a stream of consciousness drawing on this alphabet that I hope evokes the way in which I see the world, which is always as a place of beauty, far better than we are generally led to believe. I attempt to convey a sense of the grandiose and the sublime that is timeless and eternal. This is where the sense of touch comes in. It is not physical but mental and emotional.
I try to create a sensory experience through my work, the visual is obvious, but sound, touch, smell and even taste are important in the kind of synaesthesia that Kandinsky, Heron and Miro visually communicate, so that a work might suggest more than what is seen. I celebrate vibrations or sound through the use of colour in painting. However, I sometimes work in silence, listening to the noise of the natural world and this again informs the shapes and colours that I use.
A further sense comes in the use of saturated colour that you can almost taste. I paint expanses of colour but within these are small jewel-like accents of bright glimmering ultramarine, umber, violet or viridian creating deep sumptuous chromatic blacks on the canvas. Turquoise is often used and  is a tranquil colour, transcendent, quiet and deep. One key motif in my work is the apparent chalk line. I see these as precious and fragile, it is time-consuming to achieve. They seem to be simple, a gesture made by a child in chalk, and I feel that I capture the spontaneity of a child’s drawing with them, however, these lines cannot be created with a single or continuous brushstroke, they are painstakingly made with a tiny brush. The overall effect has a sense of immediacy, but the creative process is very different to this.

I think ultimately, I am searching for something unobtainable, a calm tranquillity, an impossible form of transcendence, a perfect existence and that is what brings me back to the canvas. 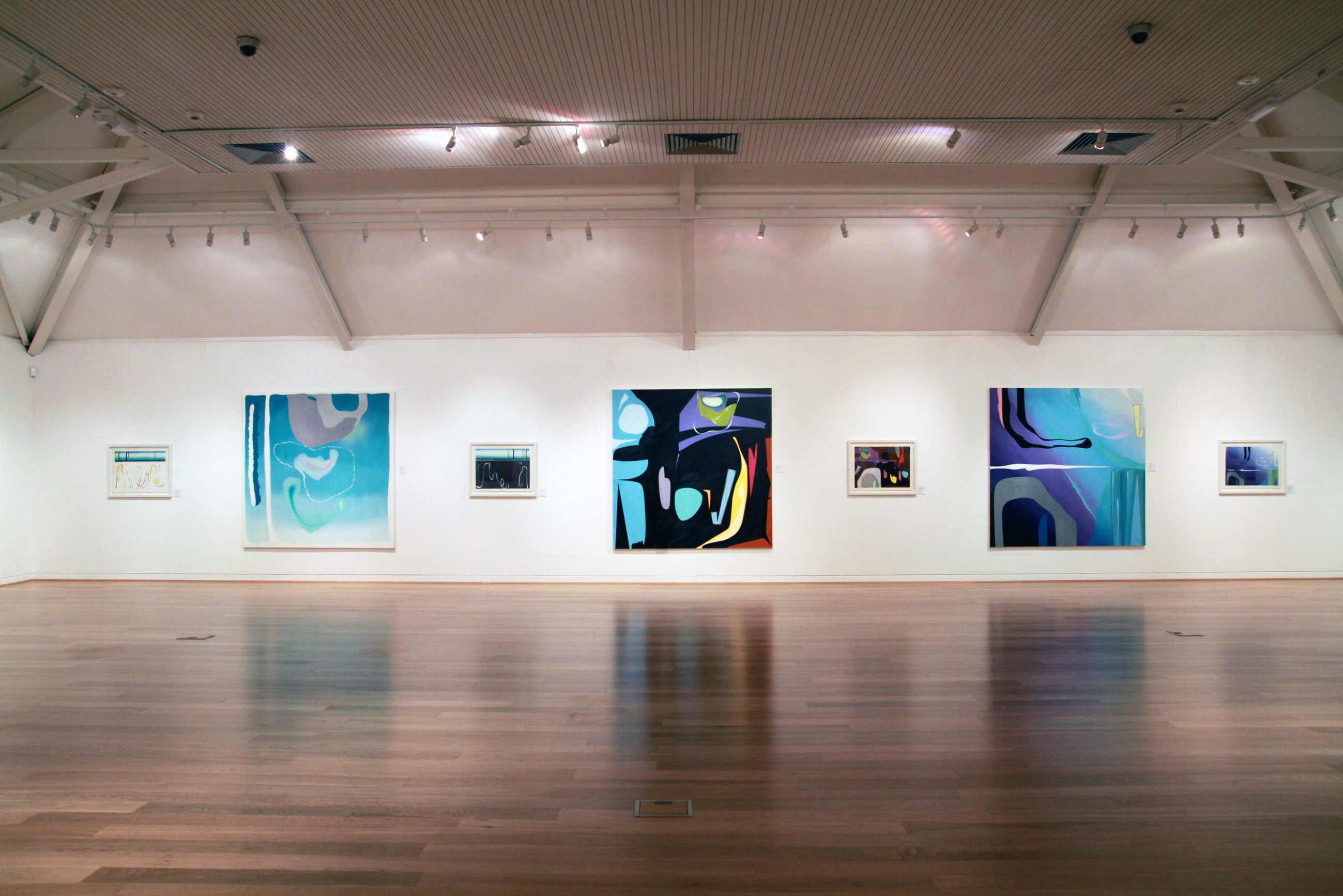